Google vs Bing vs Yahoo vs MSN: Which ONE is The Best? 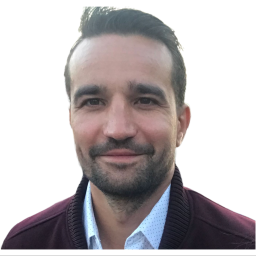 Hi and welcome to my blog post Google vs Bing vs Yahoo vs MSN: Which One is The Best?

In the world of search engines, there are four major players: Google, Bing, Yahoo, and MSN.

(There are also less significant, progressive new-comers, but their share is less than 2% in the whole market, so therefore I will just mention those later on, without comprehensive description.)

All four offer different features and benefits, but which one is the best?

In this blog post, we'll take a look at each of these search engines and compare their features side-by-side to help you decide which one is right for you.

What Makes The Difference?

You see, if you are regular user (non-business) you might ask what is the difference anyway?

You might be right, the differences aren't that big (even so, there are some, read further, to see which differences).

So, that said, it is obvious, that choosing the search engines matters mostly for people who are depending on search engine results.

But why they are differences? Why Google will show different search results than Bing?

There are several reasons, but the first and foremost is ranking algorithm.

Firstly, let me introduce you the 4 major players and later on, I will show you some differences in search engine algorithms.

Google is the most popular search engine in the world, handling over 3.5 billion searches per day. It offers a variety of features, including:

In addition, it's no secret that Google is the most popular search engine in the world.

Important: In terms of market share, there are several statistics providing slightly different results. For the purposes if my post, I am using results from StatCounter

According to StatCounter, Google holds around 90% market share in global searches.

But what makes Google so popular?

Well, there are a few factors.

First of all, Google has consistently been at the forefront of innovation in the search space.

They were the first to introduce many features that are now taken for granted, such as autocomplete, image search, and maps.

They're also always experimenting with new features and ways to make searching faster and easier.

For example, they recently introduced a feature that allows you to search for things by taking a photo with your phone's camera (rather than having to type out a query).

In addition to being innovative, Google is also very reliable.

When you type in a query, you can be confident that you'll get relevant results that answer your question.

This is thanks to their use of algorithms that take into account things like your location, search history, and the popularity of certain websites.

Bing is Microsoft's search engine, handling around 3% of all searches worldwide.

It offers similar features to Google, including:

Bing is Microsoft's attempt at taking on Google in the search engine wars.

And while Bing doesn't have quite the same market share as Google ( StatCounter reports that it has around 3 % global market share), it is still a major player in the space.

One of Bing's key selling points is that it offers more accurate results than Google—at least according to Microsoft.

They claim that this is because their algorithm takes into account more factors than Google's does (150 factors vs. Google's 200).

However, many people believe that Microsoft is just biased because they're trying to promote their own product.

In addition to allegedly being more accurate, Bing also offers some features that Google doesn't—such as integration with Microsoft products like Office and Skype.

And while these features might not be enough to lure diehard Google users away from the platform, they could be appealing to those who are already using Microsoft products on a regular basis.

Yahoo! is one of the oldest search engines, having launched in 1995.

It handles about 1,4% of all searches worldwide.

Yahoo! offers similar features to Google and Bing, including:

Yahoo, used to be very popular back in the days, but now this search engine experience quite a decline, why is that?

Well, Yahoo! never really invested much in its search product and allowed other companies (namely Google) to innovate in the space while they fell behind.

In 2009, they even decided to outsource their search results to Microsoft's Bing platform.

As a result, Yahoo! has become little more than an also-ran in the world of search engines.

MSN was Microsoft's original search engine before it was replaced by Bing.

However, MSN still exists as a portal that includes a variety of Microsoft products and services.

Because of this, MSN's search results are powered by Bing. As a result, MSN offers all of the same features as Bing, including:

It can interest you that MSN offers similar features as Bing (integration with Microsoft products, etc.) and allegedly delivers more accurate results.

However, it doesn't have nearly as much market share as either Bing or Google—according to StatCounter it only has 0.1% globally.

How different are the search results on Google/Bing/Yahoo/MSN?

The search results on particular search engine platform might vary, but also not.

In any case, important is to realise that you don't need  two (or more) different  SEO strategies.

Undoubtedly, each search engine shows slightly different results, but those shouldn't give you worries when you intent to rank.

Yet, it might interest you, what differences you can expect.

So, that way for instance, some interesting facts:

To sum this up, YES, every search engine will show different results when you )or your audience) will type search query.

At the same time, those differences shouldn't move you to create 3-4 strategies, but SEO optimise properly. I wrote post on how to rank on Google.

If you will follow that one, you are sure to be ranking also on other search engines.

What Are the SEO differences between Google and Bing?

There are a few key differences between the way Google and Bing rank websites for SEO.

One of the most important differences when trying to rank on Bing is that its algorithm favours machine learning (AI) more than Google (90% on Bing compared to 20% Google).

In practice, this means that Bing sees keywords as they are, while Google reads the context and is more likely "allow you rank" with synonyms.

Furthermore, Google relies heavily on inbound links as a ranking factor, while Bing gives more weight to the actual content of a page.

Being precise, here is what you'll find on bing web console about its ranking criteria:

"Bing takes into account three qualities in its ranking calculation: a website’s topical relevance, the context, and the content quality".

Additionally, Google favours websites that are mobile-friendly, while Bing does not appear to give this same preference.

This means that if you want to optimise your website for both search engines, you need to make sure it is designed for both mobile and desktop users.

Finally, Google places a bit more emphasis on fresh content than Bing does.

This means that it is generally more important to keep your content up-to-date if you want to rank well on Google than on Bing.

Overall, though, the most important thing is to create high-quality content that is relevant to your target audience.

Tip: Struggling to learn how to write? Learn it!

If you do this, you should see success on both search engines.

What Are Analytical Data Regarding Search Engines?

Besides the search volume, you want to consider other analytical data when choosing your ranking strategy.

It is safe to say that the search volume isn't the only criteria you should be looking at.

So, it goes hand-in-hand, quality over quantity.

What are some of those criteria that can help you get big CTR?

Geographical area, interest and age are those 3 that I would suggest you turn your focus.

See the table below for geographical area. Would it be worth to optimise your written content for Bing if you are living in the US?

Those 6% is 24 million monthly users!

Below are mine bing.com rankings.

Google vs Bing vs Yahoo vs MSN-Final Verdict

If you were reading my blog post thoroughly, you've seen that Yahoo, Bing and MSN are actually almost the same (owned or once owned by Microsoft).

Except of those 4 search engines there are some "recently" new players on the battlefield, but I don't think they might be considered significant just yet.

So, which one is the best?

That depends on what you're looking for in a search engine.

If you want a simple search engine with basic features, any of these four will work well for you.

However, if you're looking for advanced features like integrated results from Microsoft products or Cortana voice searches, then Bing is a clear choice.

On the other hand if you are searching for innovations, accuracy, and biggest exposure, there is only one way to go, the big G.

Especially, if you are blogger or small business owner, and you are not living in North America and/or if you are not writing for people older than 45 years, (Bing still owns over 6% of market search) you definitely want to focus on Google.

I am not saying you can't be successful with purely ranking on Bing, particularly if you are oriented on specific sub-market.

In general, if you would use Google as target for your marketing activities, you have the highest chances to reach out the biggest population.

On the other hand, be prepared for bigger competition.

So, I hope you liked my post about which SEARCH ENGINE TO CHOOSE FROM. Again, rather than creating multiple SEO strategies, be sure, you do SEO optimise your content according present updates.

The rankings will come. All the best in your "ranking fights".

Julius is an Online Marketing enthusiast helping people with creating financial freedom. Thanks to Affiliate Marketing it never has been easier. In his free time is Julius spending his time on the soccer field, in the airplane, with a great book, or with his friends.

Why Do I Hate My Job All Of a Sudden? Secrets and Solutions

Why My Website Would Expand? 5 Reasons You Don’t Move

Why is Jasper.ai Bad? 5 Things You Must Know

Which Days is This Year’s Wealthy Affiliate Black Friday?

Subscribe now to get another awesome REVIEWS and TIPS!

Please log in again. The login page will open in a new tab. After logging in you can close it and return to this page.